Top 4 Most Extravagant Yachts Around the World 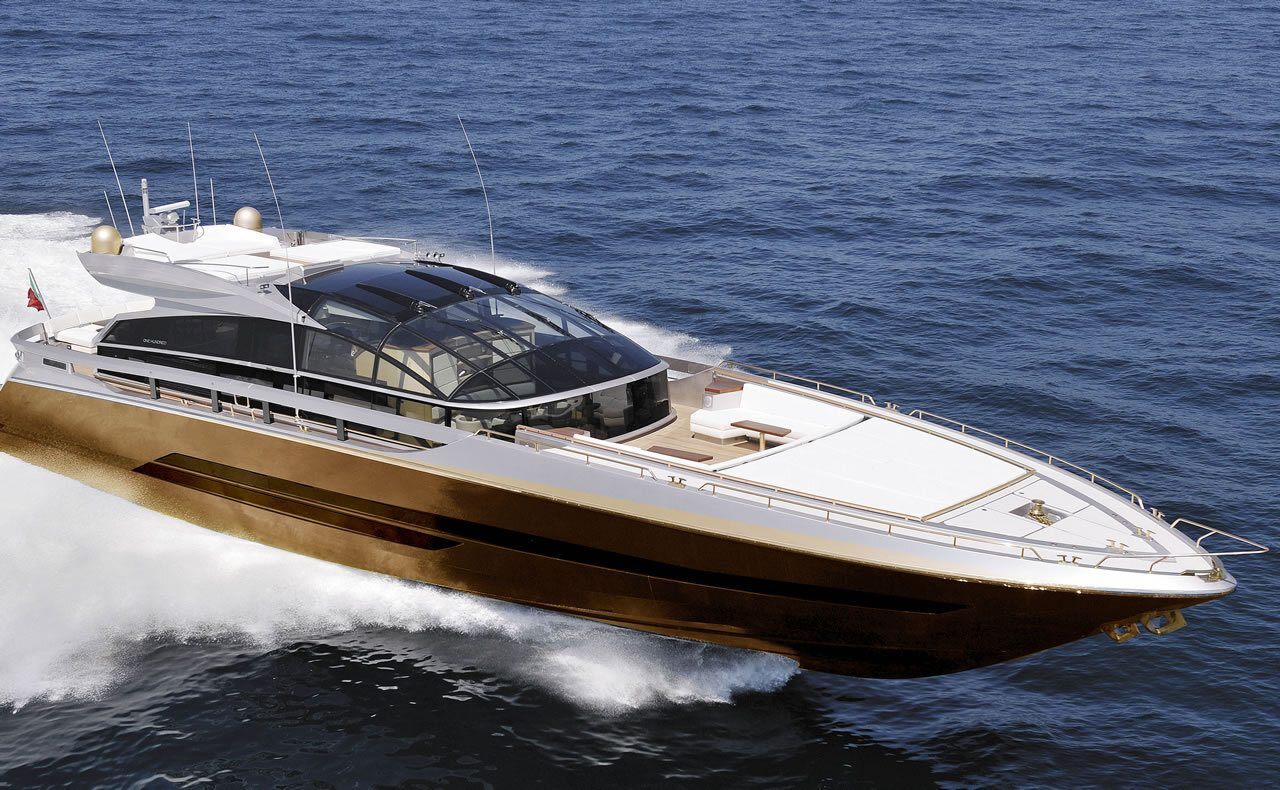 Top 4 Most Extravagant Yachts Around the World

It’s always interesting to take a look around the globe and see just how the wealthy and famous live their lives. For many buying a luxury yacht is not just a mode of transport, or for recreational purposes, but more so a status symbol. These luxury yachts can only be afforded by the most wealthy billionaires or even royalty. Boasting jaw-dropping features like helipads, movie theatres, lap pools, theatres and some unexpected, and potentially unnecessary features we will get into!

Let’s take a look at our top picks for the most extravagant yachts in the world:

We had to start off this list strong with the most expensive yacht in the world. The History Supreme is reportedly owned by the richest man in Malaysia, Robert Knok. As you can imagine, no expense was spared when this yacht was built. The owner has an acquired taste, using 10,000 kg of solid gold and platinum in the build! The vessel is a Baia One Hundred, with the adornments tipping the price as the most expensive (reportedly) in the world.

If you thought the gold and platinum adornments and features were out of this world, there’s more. The luxury yacht also hosts a feature wall in the master bedroom made of meteorite rock and a statue constructed out of REAL Tyrannosaurus Rex bones.

The designer, Stuart Hughes, who is responsible for decking out the yacht in the reported 10,000kg of gold and platinum, is famous for transforming everyday items such as mobile phones, TV’s and other household items, into luxury gold and diamond-encrusted masterpieces. However, it’s important to take these reported build costs of the megayacht with a grain of salt, as there are rumours circulating that they could be slightly embellished. Many designers, and yacht owners, seem to be in a fight to take out the top place for the most expensive and luxurious yacht in the world. 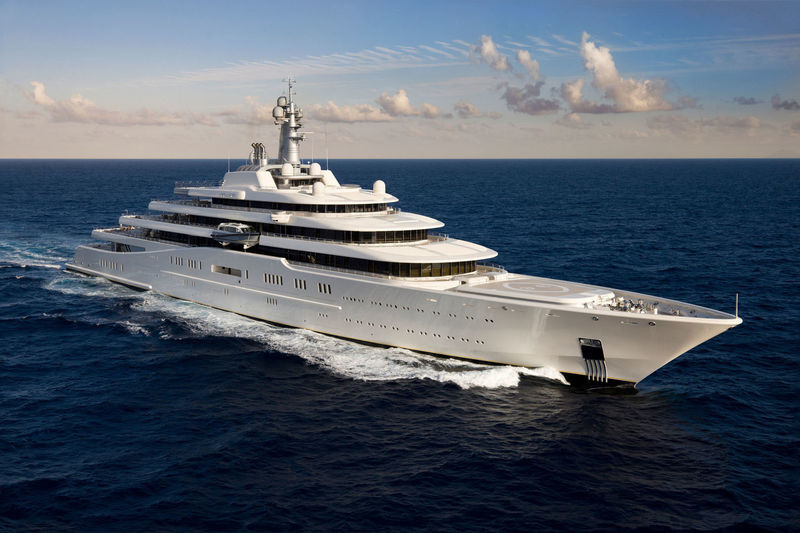 The next luxury yacht on our list is the Eclipse, which for some time took out the crown for the largest and most expensive yacht in the world. Owned by Russian billionaire Roman Abramovich, the Eclipse superyacht was built by Blohm + Voss of Hamburg, Germany and exterior and interior designed by Terence Disdale.

This vessel definitely lives up to its luxury name with features such as swimming pools, a dance hall, two helipads and, possibly our favourite feature, the mini-submarine. The superyacht is complete with paparazzi-proof shields to keep out prying eyes from the interiors. 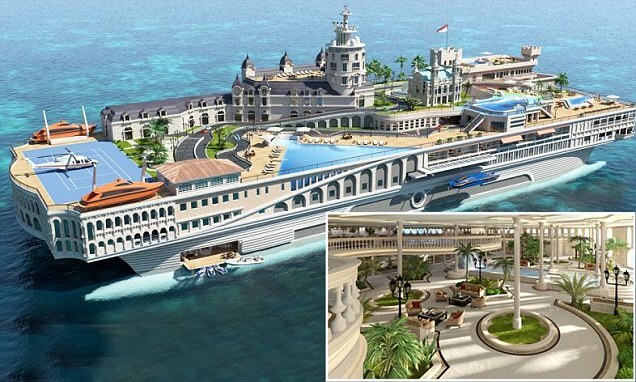 Although not the most expensive, the Streets of Monaco luxury yacht has one of our favourite designs. Just like its name implies the yacht is inspired by the streets of Monaco, a floating replica, paying homage to many famous landmarks. Designed by Yacht Island Design the luxury yacht is set to feature a go-kart track, casinos, a replica of the Monaco Grand Prix track, tennis courts, swimming pools and a bar. 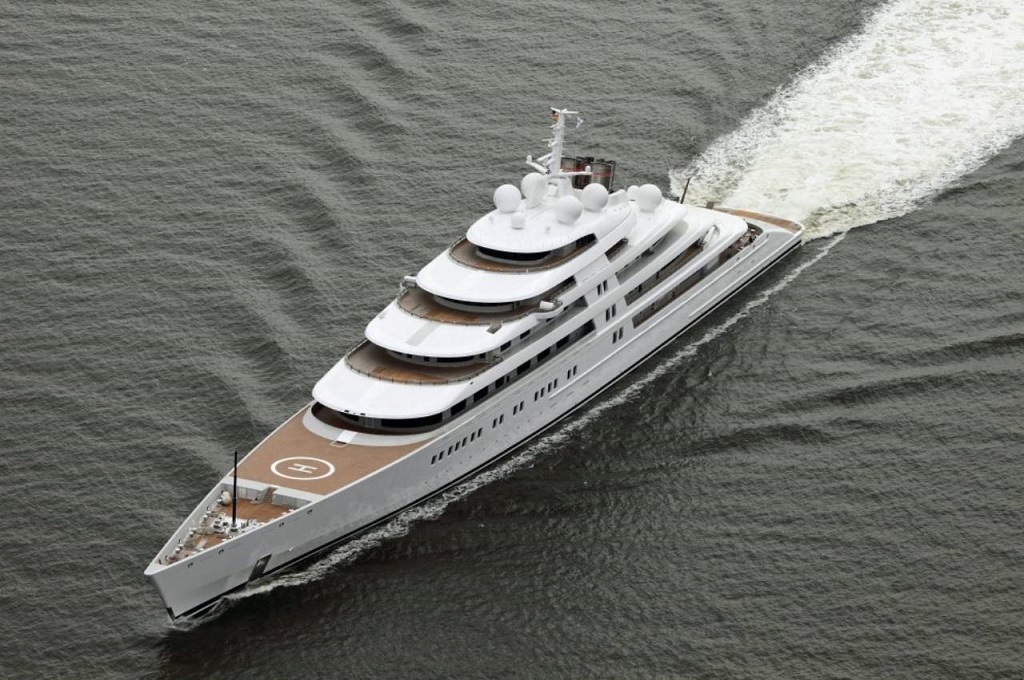 According to its makers, the Azzam is the most complex and challenging yacht to have ever been built. The exterior of the Azzam was designed by Nauta Yacht, and the luxury interiors and finishings by French interior decorator Christophe Leoni. Rumoured to be owned by a member of the royal family of the UAE, the Azzam is said to be one of the fastest luxury yachts, taking into account that it is 590 feet long. The yacht can go up to 35 mph of its dual diesel engines with a combined power of 35048 KW.

We hope you found this article interesting taking a look at the most extravagant and luxurious yachts to exist. Let us know which one is your favourite below!