Superyacht terminology you need to know 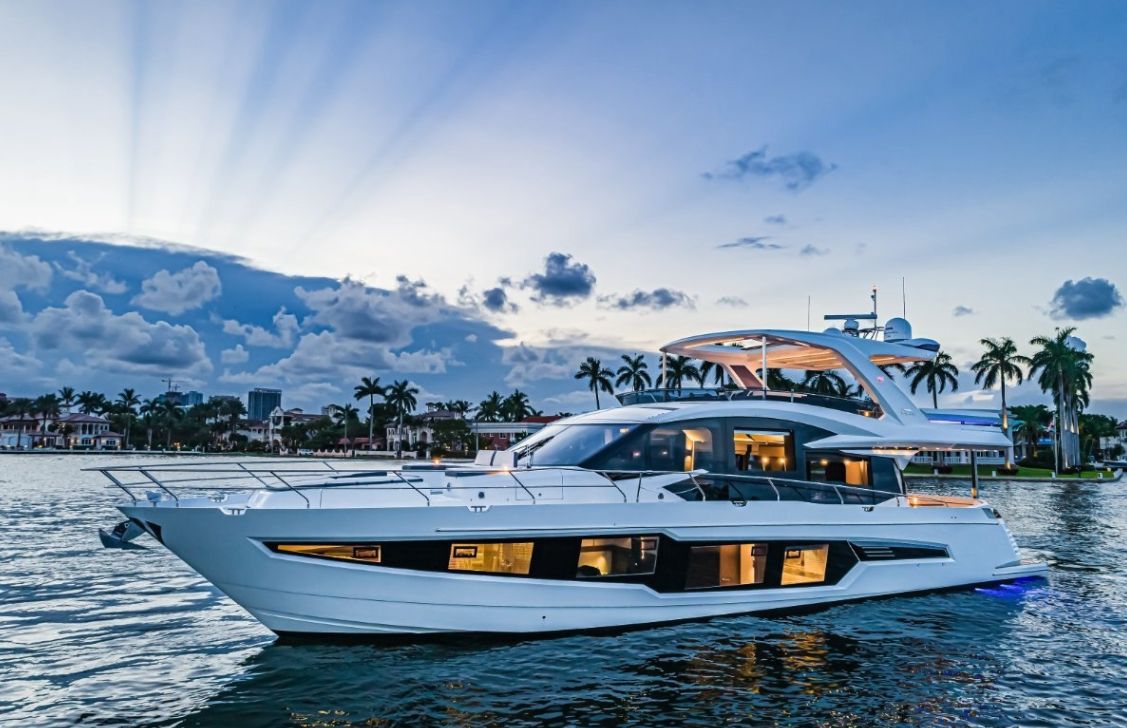 Superyacht terminology you need to know

Have you been reading about superyachts and found words that you weren’t quite familiar with?

Fortunately, Alexander Marine Australia is here to explain all the technical wording for you.

ABAFT – Toward the rear or stern of the boat

ABEAM – At right angles to the keel of the boat, but not on the boat.

ABOARD – On or within the boat.

ABOVE DECK – On the deck - but NOT over it

ABREAST – by the side of the boat

ADRIFT – Loose, not on moorings or towline.

AFT – An area towards the stern of the boat

AFT CABIN - Sleeping quarters below the aft/rear section. This can sometimes be referred to as the mid cabin if it is located below the helm.

ALOFT - Above deck in the rigging or mast.

AMIDSHIPS - The area which is in the centre of the yacht.

ANCHORAGE – A place suitable for anchoring in relation to the wind, seas and bottom.

ANCHOR BALL – a black ball which shows the yacht is anchored.

ANTI-FOULING PAINT - a paint which is applied in order to avoid marine growth on the yacht.

APPARENT WIND - The speed of the wind as it is felt within a moving yacht.

ASTERN - The direction toward or beyond the back of the boat (stern).

AWEIGH - An anchor that is off the bottom. 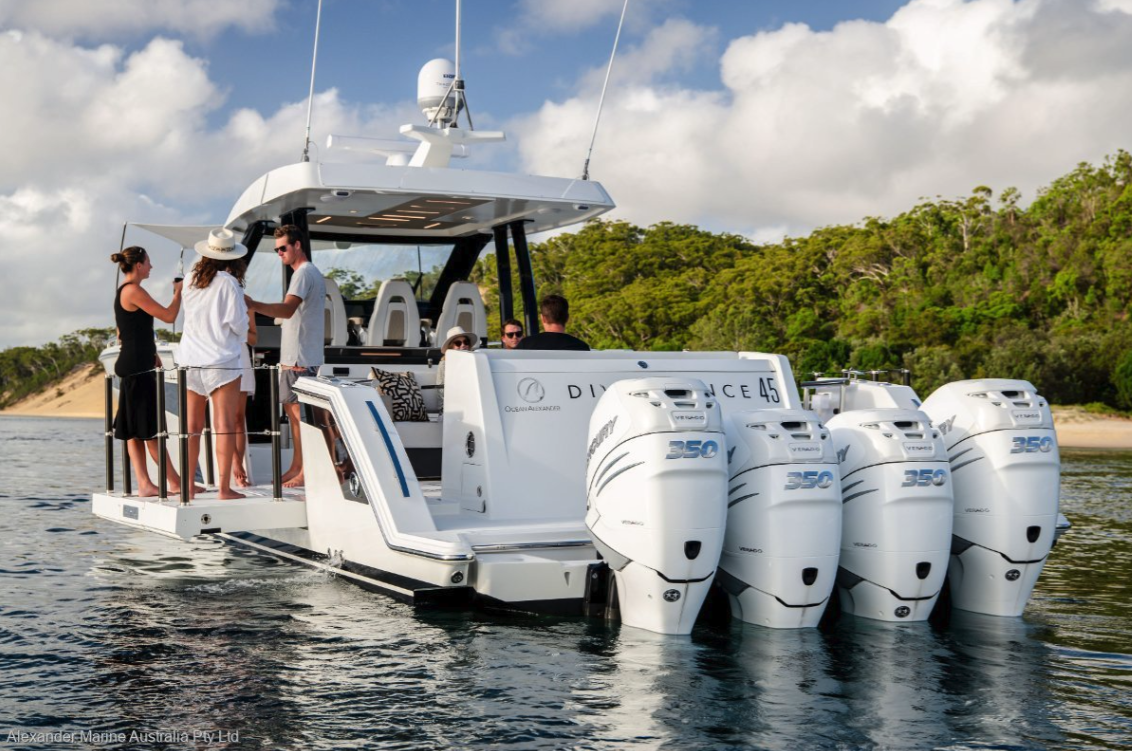 BACKSTAY - Support for the mast which prevents it from falling forward

BAREBOAT - A yacht that is chartered without a crew.

BASE CHARTER RATE - How much you pay when you charter a boat, minus extra expenses.

BEAM - The widest point of the yacht.

BEAR OFF - Turning away from the wind.

BERTH -  This can have numerous meanings:

Either a cabin or other place to sleep aboard a boat

A  boat slip at a dock where the boat can be moored.

BOW - The front of a yacht

CABIN – An area of the yacht for passengers or crew.

CAPSIZE – When the yacht is turned over

CHAFING GEAR – a covering which is placed over a line to prevent it from chafe.

CHART – A map for use by navigators.

CHOCK – A guide for a mooring line

CLOVE HITCH – A knot which is used to temporarily fasten a line to a spar.

COAMING – A vertical piece around the edge of a cockpit which prevents the water on deck from running below.

COCKPIT – The outdoor area of the yacht; an area where the captain may steer the boat.

COIL –  Placing a line down in circular turns

COURSE – The direction in which a boat is steered.

CUDDY – A small shelter cabin within the yacht.

CURRENT – The horizontal movement of the ocean. 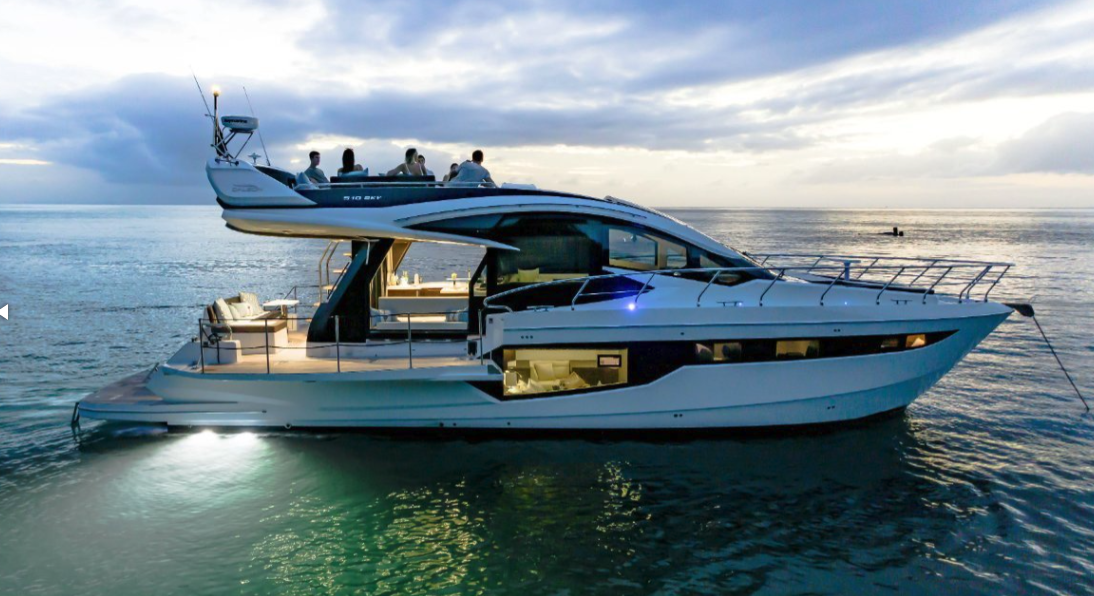 DECK - The permanent covering over the hull

DINGHY - A smaller boat that a yacht tows, which is used for transfers to and from shore.

DISPLACEMENT - The weight of water displaced by a hull

DOCK - An area where the vessels are moored

DRAFT - The depth of water a boat draws

FIGURE EIGHT KNOT - A knot in rope which forms the figure eight. This is often found at the end of the line and prevents the line from passing through a block.

FLEET - A group of yachts managed by the same company

FLOTILLA - A group of yachts that are cruising together

FORWARD - An area toward the bow of the boat

FOULED - equipment which is jammed, tangled or dirty

FURLING - Folding or rolling a sail on its boom

GALLEY - the cooking area of the boat

GEAR - equipment which is used on the yacht, including ropes, blocks and tackles.

GRAB RAILS - Fittings which are mounted on the top and side of cabins which help ensure the personal safety of persons on the yacht.

GULF - A sizeable amount of ocean almost surrounded by land, with a narrow mouth

GYBE - changing course of the boat by swinging the sail across a following wind. Also spelled jibe.

HALYARD - a rope used to hoist a sail

HARBOUR - An area which yachts moor

HEEL - temporarily leaning to one side

HULL - the main body of the vessel 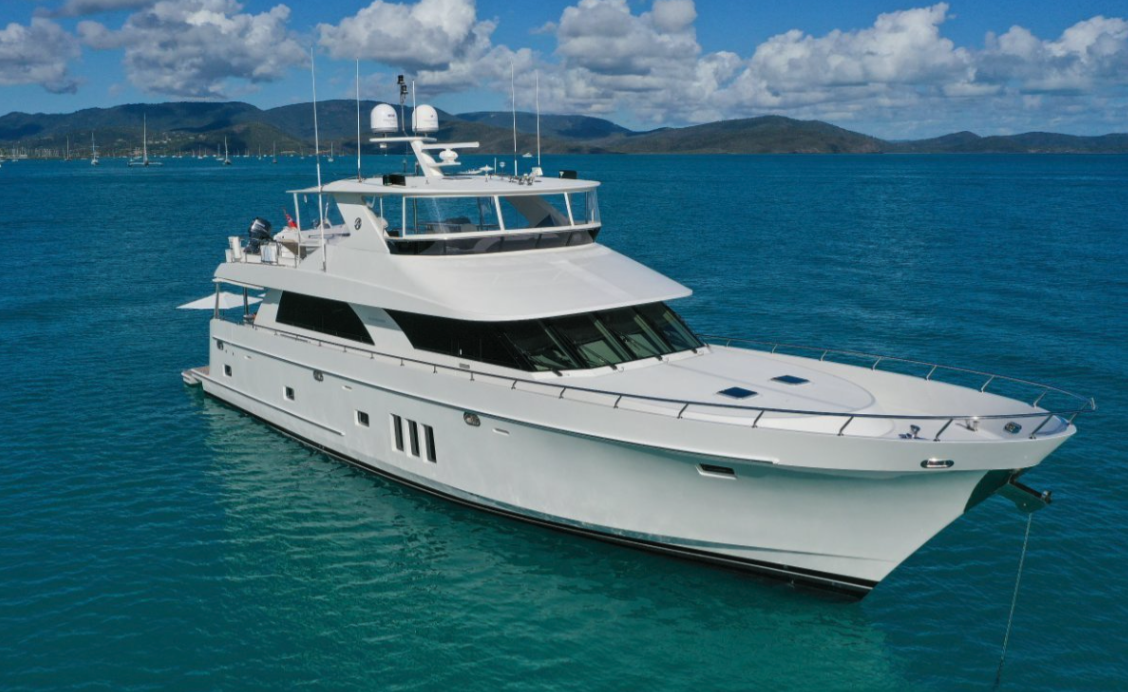 INBOARD - an engine which is in the yacht, instead of being attached to a stern

JETTY - A structure which protrudes from the shore

JIB - A triangular sail project which is ahead of the mast

KEEL - the centreline of a boat

KNOT - Boat speed; this is measured in nauticles miles per hour

KNOT - A fastening on a rope which forms a loop, ties two objets together

LATITUDE - The distance north of south of the equator

LEE - The side which is furthest away from the wind

LEEWARD - The side which is sheltered from the wind

LEEWAY - When the boat moves sideways due to wind or current

LINE - Rope used on the yacht

LONGITUDE - The distance east or west of the meridian at Greenwich, England

LUFF - The forward part of the sail 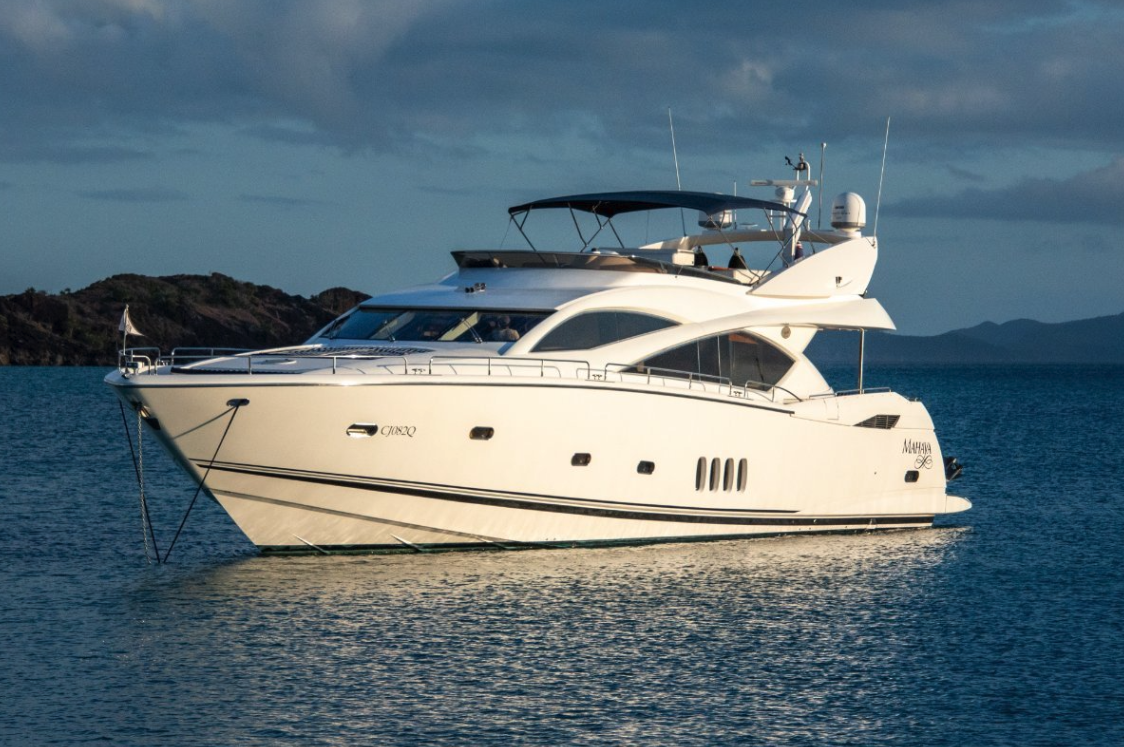 MAINSAIL - The largest sail found on a sailboat

MAIN SALON - The main indoor guest area on a yacht

MARINA - A place where yachts dock

MOORING - Securing a yacht or boat to a buoy or pier

NAUTICAL MILE - A unit used to measure distances at sea - this is equal to 1,852 metres.

NAVIGATION - Conducting a boat safely from one point to another

OVERBOARD - Out of or over the side of the boat

PIER - A platform which protrudes from the shore, generally at an angle

PILING - Protection from wharves and piers

PLANNING HULL - A type of hull which is shaped to glide easily across the water, particularly at high speeds

PORT - a commercial dock for boats

QUARTER - The sides of a boat aft of amidships

REACH - To sail across the wind

REEFING - Reining in the sails when there are strong winds

ROPE - When a rope is aboard a vessel, it becomes referred to as a line

RUDDER - A board for steering a boat

RUN - A line which is allowed to run freely

SAILING YACHT - A yacht whose primary method of propulsion is sailing

SEAMANSHIP - The skills of boat handling

SHIP - A larger vessel which is generally used for ocean travel. A ship is able to carry a boat on board.

SKY LOUNGE - The indoor guest area within a luxury yacht

STEM - The forward section of the hull

STERN - The back portion of the boat

STOW - To return an item in its correct place

TACK - The lower corner of a sail

TANDEM CHARTER - A charter which includes more than one yacht

TIDE - The rise and fall of water levels in the ocean

TRUE WIND - The direction and velocity of the wind measured on land, distinct from apparent wind which is how it appears on a moving yacht 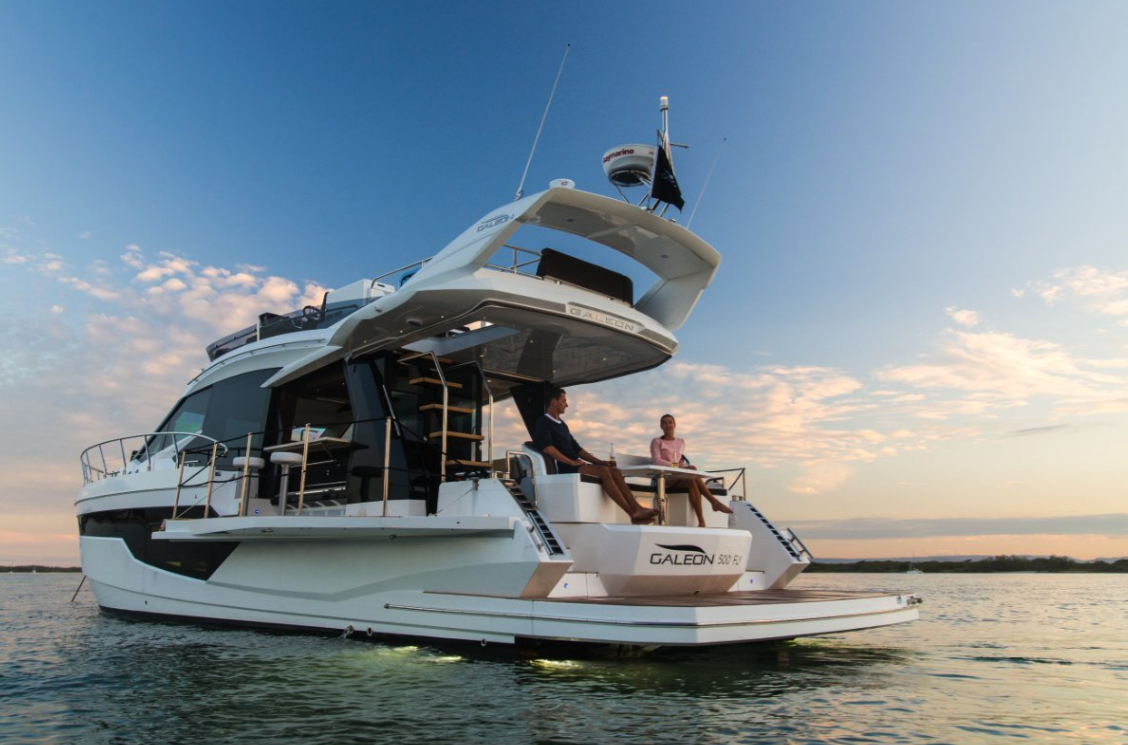 VIP CABIN - The second-best cabin on a yacht

WAYPOINT - Coordinates of a specific location

WINDWARD - Towards the direction which the wind is coming

YACHT - A sailing boat which is designed for pleasure, which will generally range in size from 40 to 100+ ft long

ZERO-SPEED STABILISERS - A sophisticated type of motor yacht stabiliser which keeps the yacht from rolling both underway and at the achor, significantly improving their comfort.