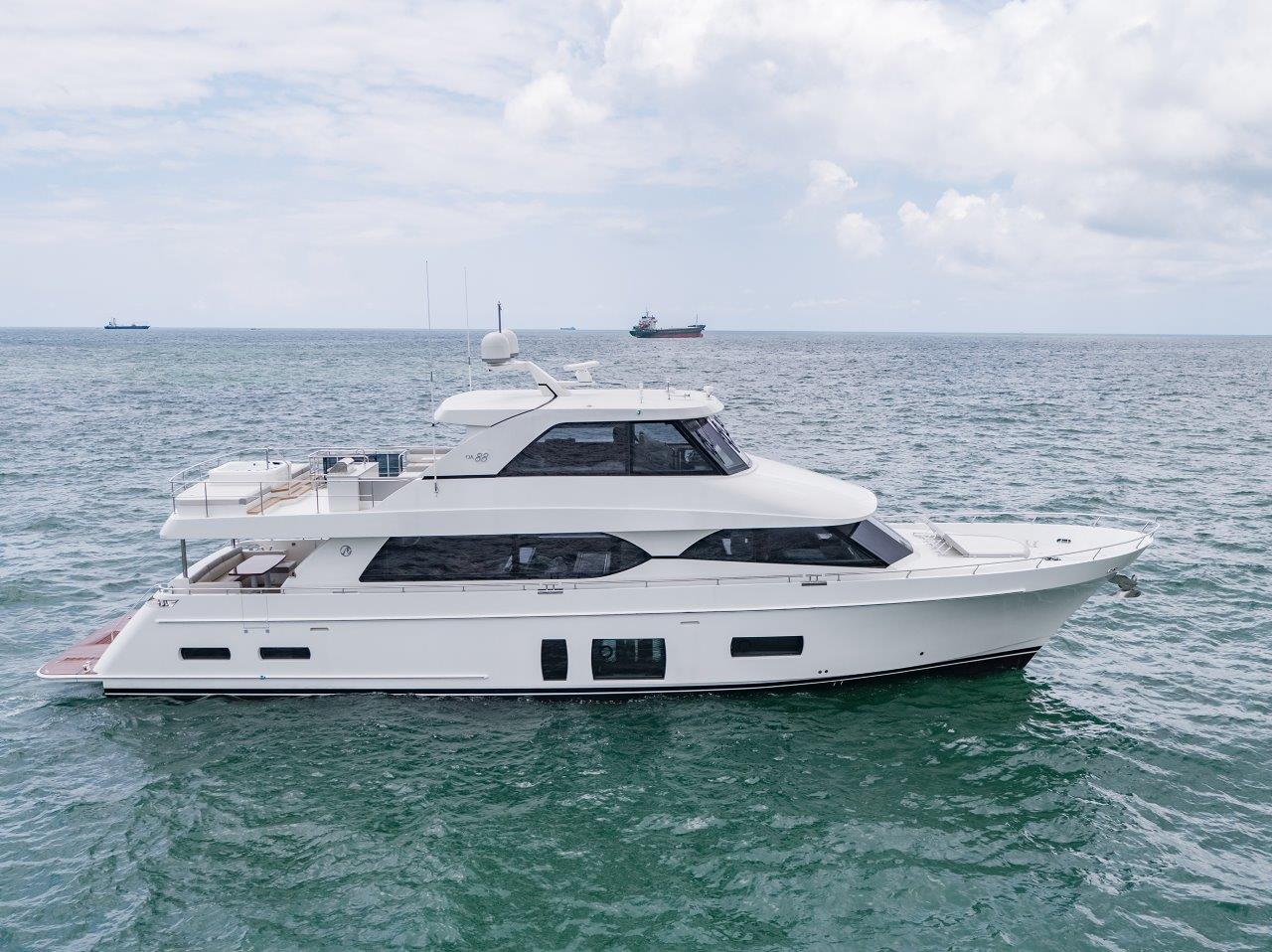 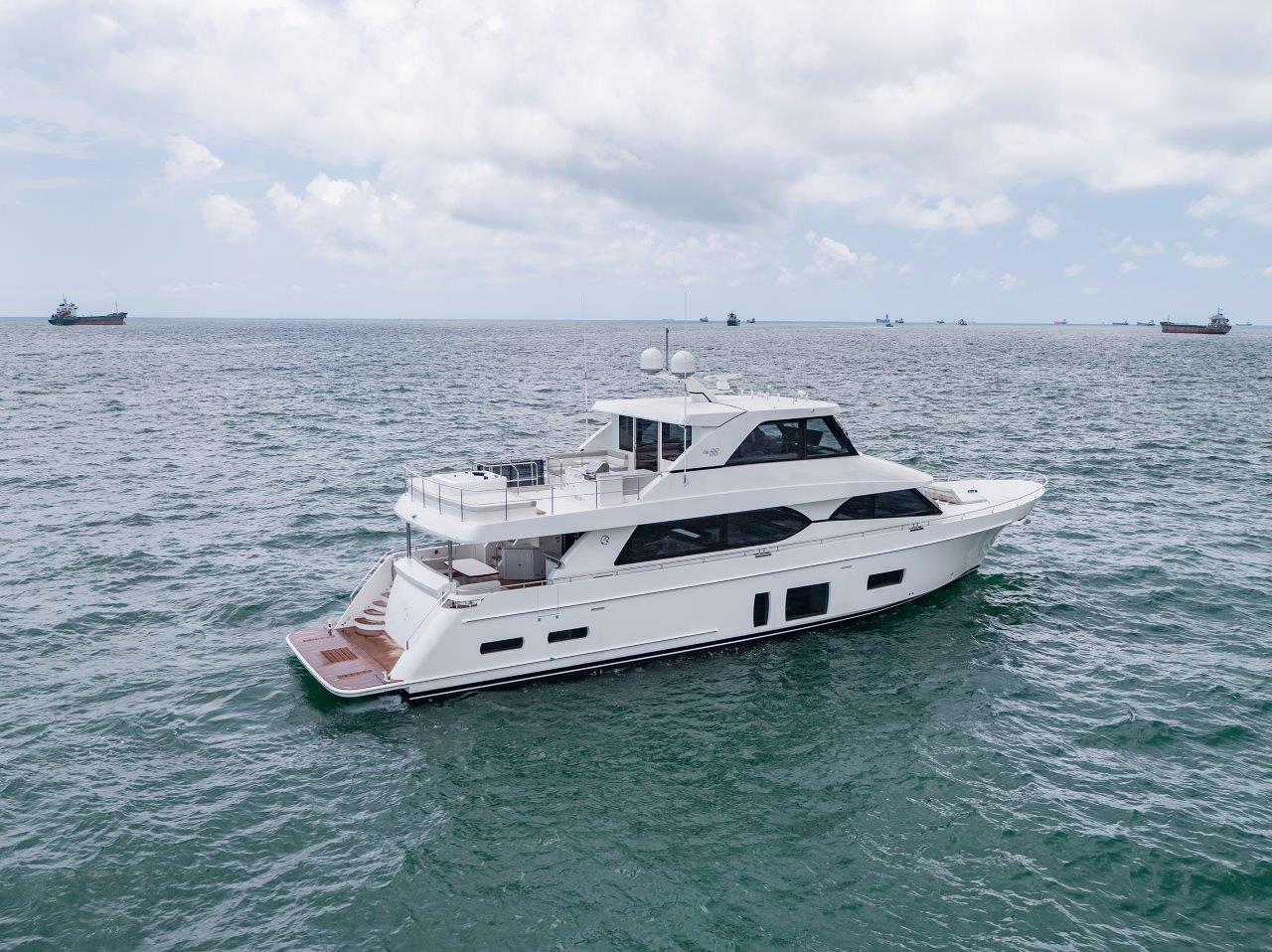 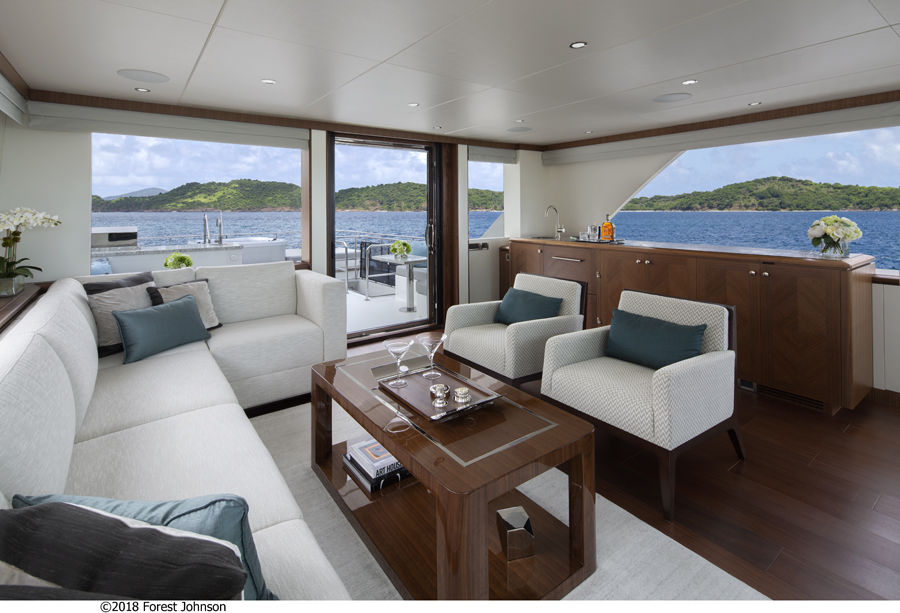 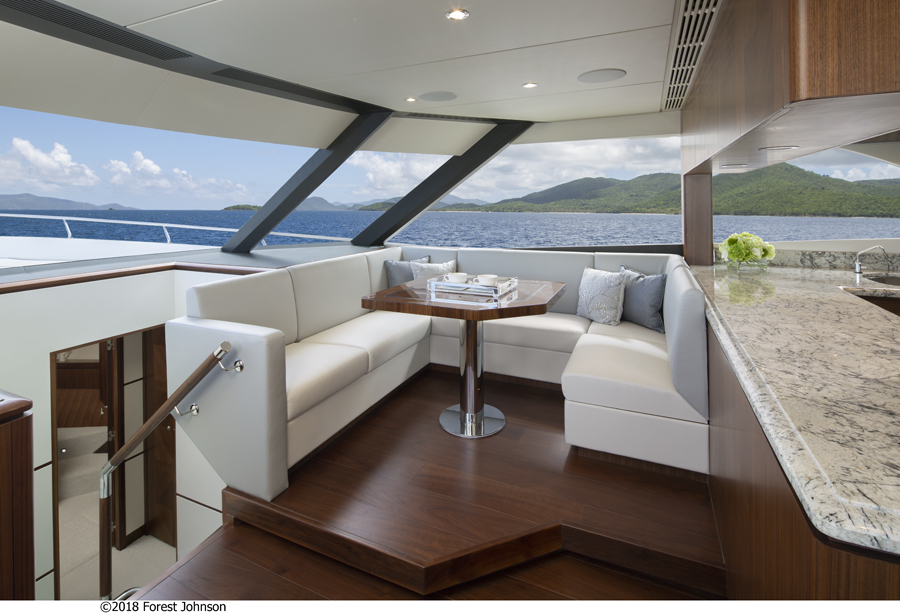 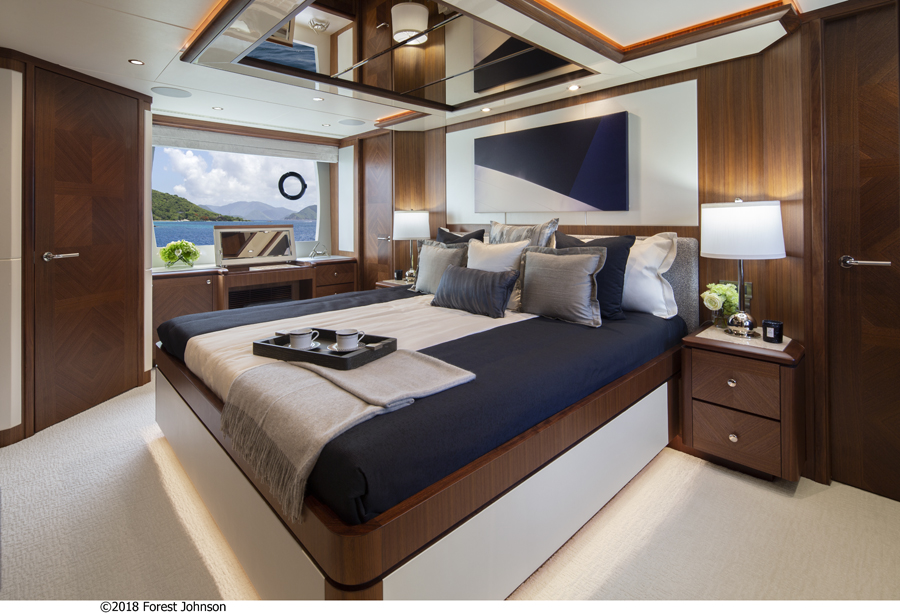 Drawing on the successful attributes of the Ocean Alexander 85, the 40th Anniversary special limited-edition Ocean Alexander 88 Skylounge is heading to Australian shores in time for the 2019 Sanctuary Cove International Boat Show.

Released to commemorate Ocean Alexander’s 40th Anniversary, the limited edition OA88 Skylounge has a similar accommodation layout to the popular four-stateroom and two crew cabin layout of the OA85 and boasts a larger galley and adjacent forward settee lounge area, plus an enclosed Skylounge for all weather onboard living and entertaining. The OA88 Skylounge model is also equipped with a high/low swim platform and a luxurious jacuzzi on the top deck.

As Ocean Alexander President, Johnny Chueh explained, the OA88’s genius is in the details.

“Adding an enclosed 360-degree glass skylounge on top of one of our most popular models increases usable space by almost 20 percent,” he said.

Ideal for the Aussie climate, whether in the winter squalls or the balmy tropics, the massive climate controlled skylounge space allows for all-weather entertaining and doubles as an extra saloon for entertaining with a bird’s eye view.

“There are a host of innovations in this 40th anniversary model, such as our industry leading use of aerospace grade aluminium beams in the construction process, the use of carbon fibre structural reinforcement, high-end custom fabrics throughout, all complemented by the timeless classic walnut interior.”

Her interiors offer an abundance of light, space and luxury. Finishes and fittings are the equal of those in exclusive luxury residences and 5-star hotels. Enormous windows allow light in, and stunning views out of the vessel for those lucky guests on board.

The 88 boasts ample room for guests to socialise in with a choice of multiple interior and exterior entertainment zones, while below decks is a haven of calm and tranquillity. With spacious crew accommodation also.

While the OA88 showcases a continued evolution of design, it retains Ocean Alexander’s world-class heritage of engineering for safety, performance and comfort.

“The OA88 displays the hallmarks of all Ocean Alexander yachts: the highest quality throughout – NO compromises on engineering and seakeeping ability, while each yacht is constructed with an oversized drive train, rudders and general structure,” said Mr Chueh.

For propulsion, this shaft driven superyacht is powered by twin 1,600hp MTU engines, with the convenience of joystick docking and position hold courtesy of the Glendinning Stationkeeper Position and Heading Hold System technology. For ultimate comfort and stability in all conditions, the OA88 is zero speed stabilized using the award-winning Side Power curved fins.

“With is size and additional Skylounge, the OA88 is ideally suited to the Australian boating lifestyle. It’s a true superyacht, yet with the joystick control, easily managed by an owner-operator.

“There’s no doubt the OA88 Skylounge will be equally at home in Sydney Harbour as it is cruising the east coast to the Whitsundays, and with several generously sized spaces dedicated to socialising including the massive skylounge, the 88 Skylounge is the ideal entertainer.”