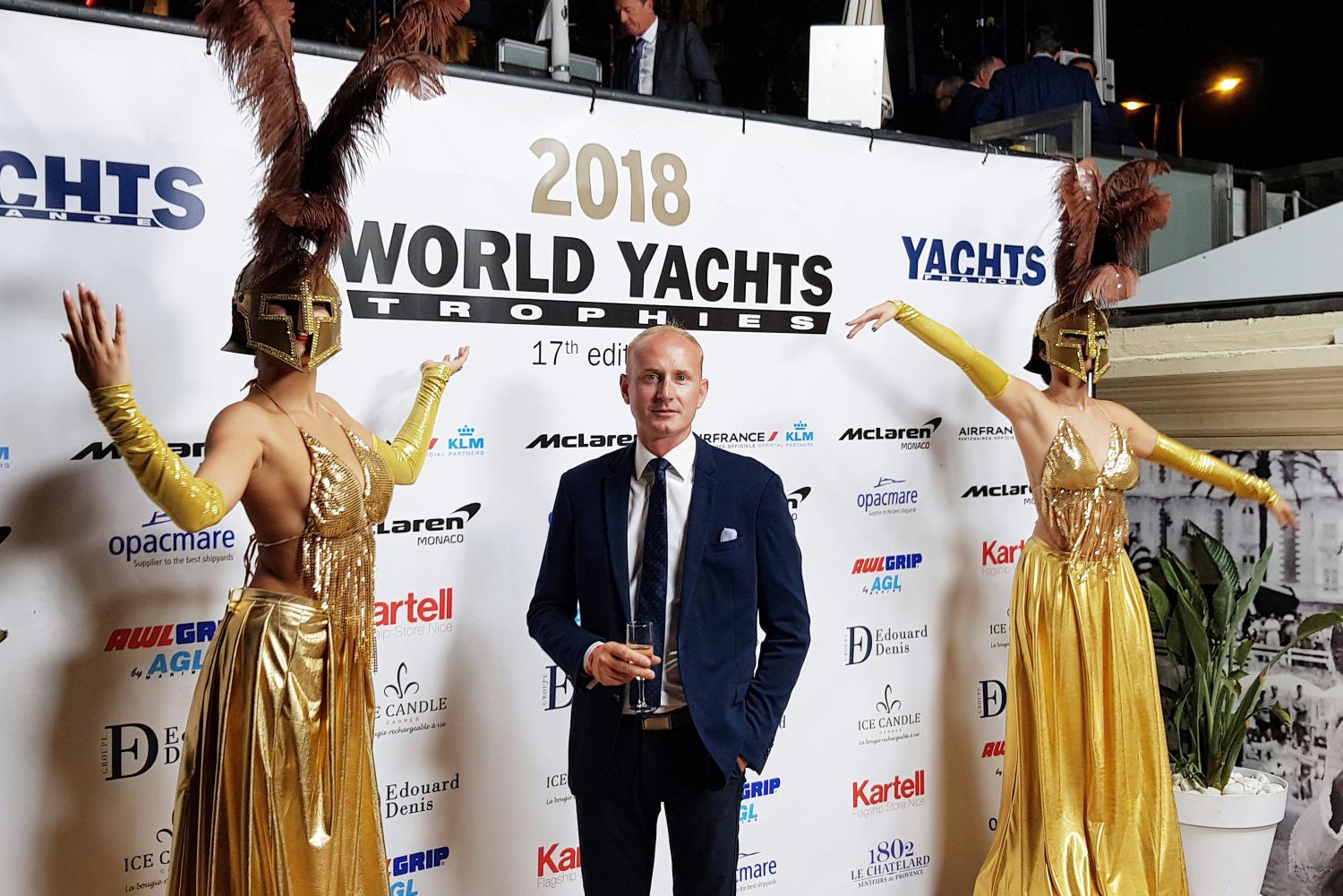 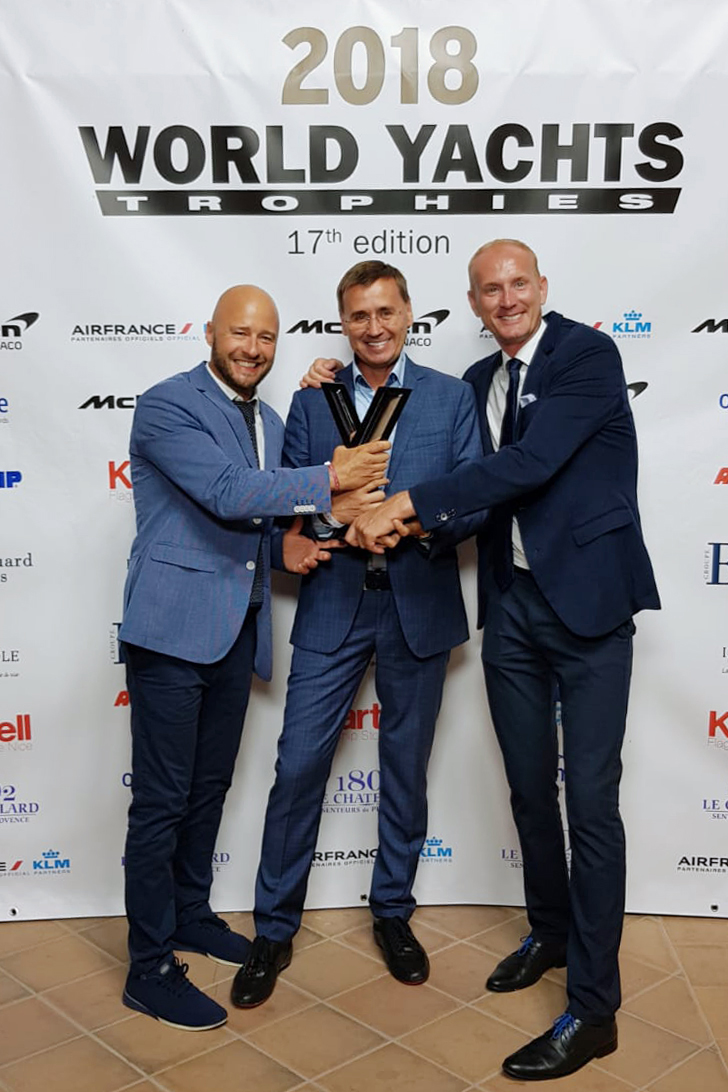 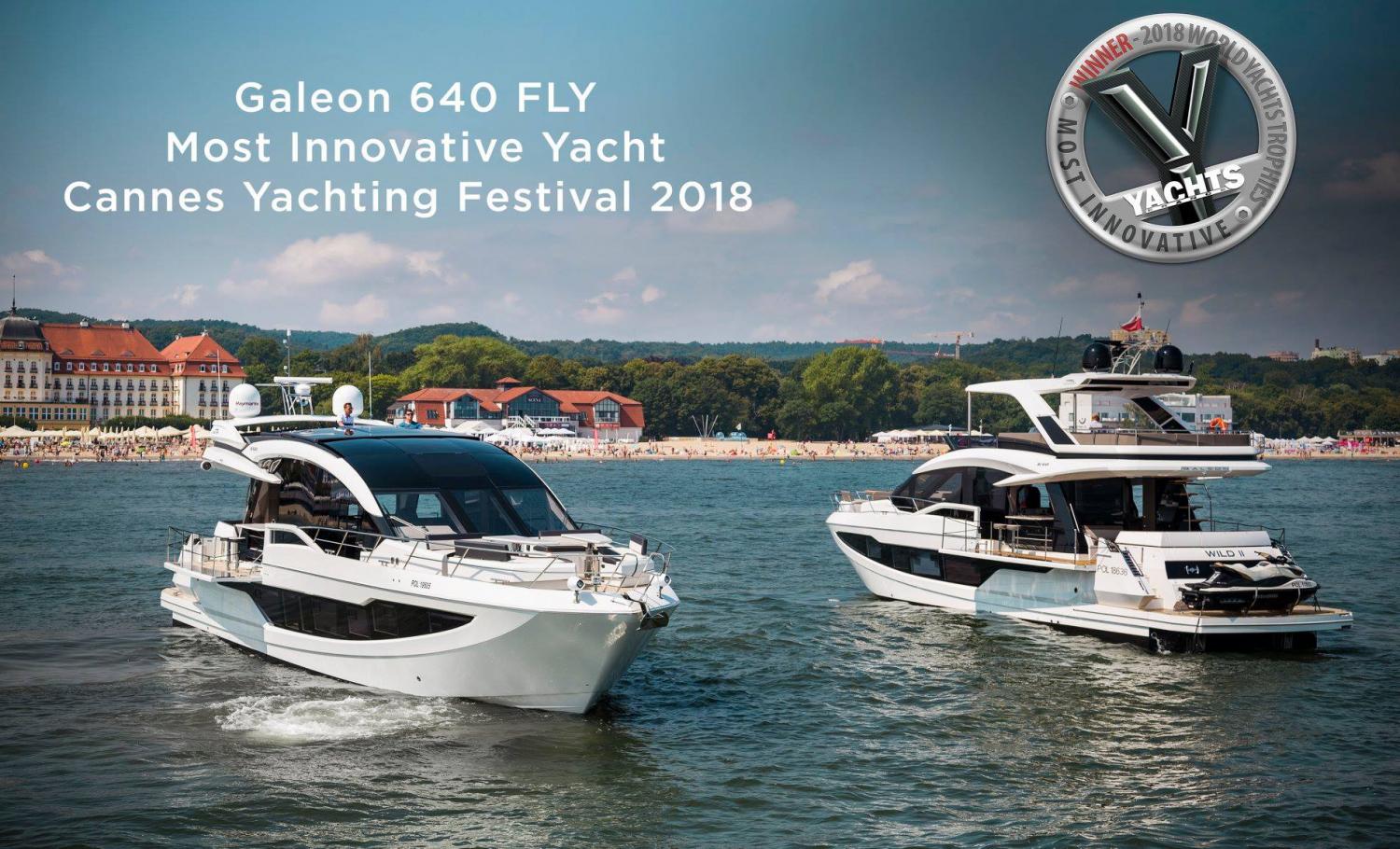 After just three years in the US, Galeon is ranked number one in imported vessels in the highly competitive 40 to 70ft segment. Poised to enter the Australian/NZ market, Galeon is hopeful its award-winning models will turn heads for their array of ‘game changing’ innovations.

Founded by the Kobylko family in 1982, Galeon operates two production facilities – one relatively ‘old school’ and the other cutting edge, with all the latest CNC machinery – an indication of how Galeon combines traditional boatbuilding skills with latest-generation technology to build just about every component in-house. The company even mills its own teak decking.

Galeon has become Poland’s largest motor yacht builder with an output of 100 vessels per annum. The highly contemporary, award-winning Galeon line of motor yachts has grown to comprise models from 30 to 78 feet and is considered class-leading across its range, offering unparalleled modern styling, innovation and cutting-edge marine technology in every vessel.

The Managing Director of Galeon Boats, Grzegorz Tuszyński, known as Greg, is headed to Australia for the 2019 Sanctuary Cove International Boat Show to officially launch the marque into the Australian and NZ markets, meet and mingle with clients of Alexander Marine Australia and enjoy the atmosphere of Australia’s premier boat show.

Here, Greg sheds some light on the origins of the brand and its burgeoning clientele in Europe, the UK and the US and expectations for Australia and NZ.

Who founded Galeon and what was the vision for the brand and business?

The Galeon factory was founded in 1982 by Wieczysław Kobylko, known as Janek, starting with some modest workshops and a couple of workers in production and admin staff. The first products were dinghy boats with outboard engines and fishing boats, as well as car parts.

The next step was to find dealers, which was hard because dealers were looking for something bigger. Galeon signed a contract with Tony Castro, an acclaimed designer, and together they brought to life the first of the bigger boats – the 33-foot Galeon Motor Yacht, the first inboard engine boat.

Off the back of that, they secured the first two dealers and they started to attend boat shows, albeit it with just two boats.

Shortly after that, Mr Kobylko’s son, Jacek was appointed as an engineer and designer, and year by year, he became more experienced. Jacek is the founder of the third-generation of Galeon boats – new lines, new ideas, innovations – all come from Jacek’s ideas, working with Tony Castro from drawings up to the fully finished product.

Describe the Galeon facilities and logistics:

We have two separate, independent factories, where we build our boats and all the components are built in-house. The first factory is located inland, near Gdansk, where we build 30 to 49 feet models, transportable by truck, tank tested and sent to our dealers, or to our marina where we conduct sea trials.

25kms away on the other side of Gdansk, connected by River to the Baltic sea, we build 50ft models like the Galeon 500 and up. All the sea trials for our larger models are conducted on-water on the River or the Baltic Sea. We have our own marina, cranes, travel lifts and infrastructure needed for manufacturing the bigger boats.

At the moment we have 20,000-square-metres of warehouse, storage and workshops. With 80 people supporting production and 1,400 employees involved in production, these numbers are growing.

Galeon is one of the last family-owned, private companies. It’s a simple structure. Right now, Jacek is the main owner responsible for strategy and investment. My position as the MD, is organising production, the dealer network, some international jobs and coordinating floor managers.

In terms of production, we try to be independent, manufacturing stainless steel, woodwork and boat hulls in our factories, except for some ready-made components such as navigation equipment and electronics, which helps us maintain control and quality.

Over 35 years on the market, we have worked very hard to build the Galeon brand and we are very happy with the positioning that we have today. Galeon is recognised in most markets worldwide and we have dealers and representatives in most countries, in Asia and the US and now in Australia and NZ.

Beyond Poland, which markets were the first to pick up Galeon?

We are very strong in the US, where we have only been on the market for the past three years. Today in the US, our position is number three in marketshare among all our competition in the US, and we are the number one imported brand in the 40 to 70ft segment.

What are some of the hallmarks of the brand's design? Are there any engineering or production processes that are unique, cutting edge, noteworthy?

We would like to be recognised for our construction and innovations on our boats. I would say the strongest part of our company are innovation and quality. Quality because we can build everything in-house and we can control it via more than five different quality control stages. For innovation, we have been awarded the most innovative company for the past three years, and many of those innovations and unique solutions have been hailed ‘game changers’.

If you take a look at the Galeon 500, the 640 and other models, they feature numerous unique ideas. Each boat is equipped with five different innovative ideas, which are the key hallmarks of Galeon.

The Galeon 500, presented in 2016, was the first boat with the ‘Beach Mode’, fold out balconies, bar and rotating sofa - features which really struck a chord with the market, particularly on this size boat.

The Galeon 640, another very successful boat launched in 2018. It features our unique  ‘Beach Mode’, rotating sofa and three different layouts and front window doors which allow guests to pass through the saloon to the bow section, where there’s a separate very versatile entertaining area with table and sofa which can slide out and up and down, plus two separate entrances to the cabins, huge flybridge – features  more like a boat that is 70ft+.

Each boat is unique due to our innovation. Over the past three years, we have won awards for our innovations, collecting most of the most important European awards in our categories.

Along with innovation and layout, Galeon has a unique external profile, with large windows in the superstructure. Great results are achieved due to having our own R&D department, and we also collaborate with the universities and different composite experts.

Last year we researched composite materials, including carbon fibre with the outcome of today being able to create the superstructure fully in carbon, included on the Galeon 640 and 650. It’s a big job, and it’s not easy, but Galeon has made it possible.

In 2018, Galeon was awarded various accolades for Innovation in Design, what's next in the model line-up?

To be stronger and grow, we need to expand our distribution, build new projects and new boats with new solutions. That is why each year, Galeon runs three or four new projects. Shortly, we are going to launch a new boat.

We are building the Galeon 680 Flybridge which will launch in the next few months and will have its international debut in Cannes in September 2019.

We are working on the Galeon 400 Flybridge which will be launched in summer this year and presented in Cannes. It will be the smallest model with ‘beach mode’ and a lot of other new features.

We also have another new project that is a little bit ‘out of the box’ that we will be able to let you know about in the next few months.

I am looking forward to joining you at our first Australian boat show, Sanctuary Cove.